VANCOUVER, BC, June 9, 2020 – Kincora Copper Ltd. (the “Company”, “Kincora”) (TSXV: KCC) is pleased to advise that the second diamond drill hole (TRDD002) of our maiden drilling program at the Trundle project, within the Mordialloc target, has been completed at 790 metres depth.

“While caution must be held without assay results the visual results of the second hole at the Mordialloc target are very encouraging.

The scale of the mineralised systems and our geological concepts has been confirmed in the first two holes of this drilling program at two targets 8.5km apart. Historically at Trundle over 60,000 metres have been drilled, but over 92% of these holes have been within the top 50 metres to surface, a depth that the existing major mines in this belt suggest is just too shallow.

Kincora’s initial two deeper holes have returned the most significant skarn intervals and porphyry intrusion system intervals to date at the Trundle project. More drilling is now required to vector towards the potential cores of the respective targeted systems. We are very excited by the drilled indications so far. “

Hole TRDD002 was drilled to 790 metres, relative to a planned 700 metres, testing laterally eastward from previous explorer drilling which had returned metal grades comparable to the peripheral parts of the Northparkes deposits, with improving grades down hole, open and coincident with an untested deeper geophysical target. Kincora’s deeper exploration strategy is similar to that applied in the discovery of Alkane Resources’ Boda deposit, and the other major porphyry deposits in the NSW Lachlan Fold Belt (Northparkes, Cadia and Cowal).

Further drilling as part of Kincora’s maiden and ongoing six-hole program at the Trundle project is proposed to follow up the initial positive drill results at the Trundle Park and Mordialloc targets, with the drilling rig currently testing the Bayleys porphyry target (TRDD003), located approximately 1km north-east of the Mordialloc target, and then moving back to Trundle Park. 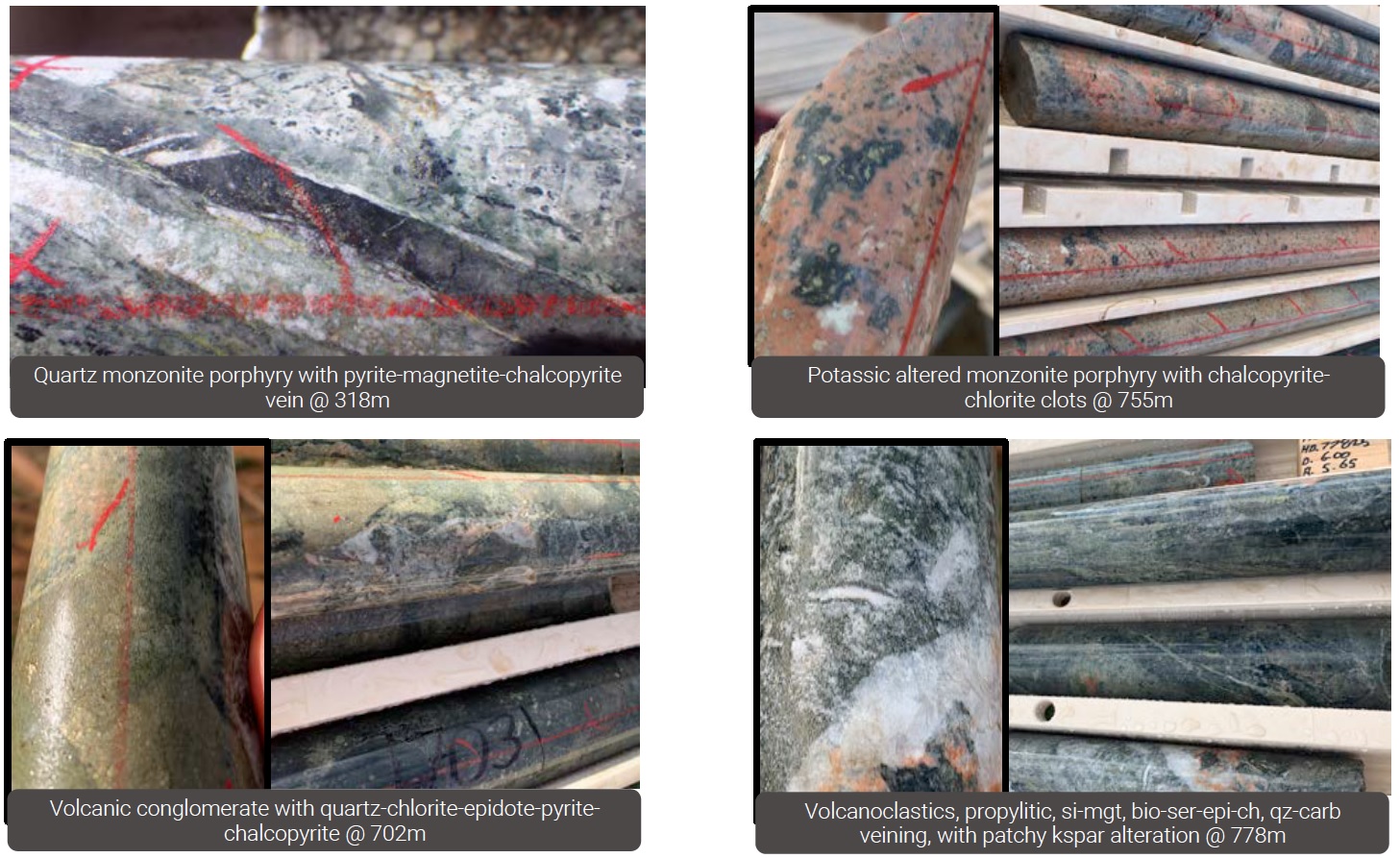 Past explorer drilling has been extensive with the completion of 2208 holes for 61,146 metres but deeper drilling into the basement utilising modern exploration knowledge has been limited.

Over 92% of prior drilling has been to less than 50 metres depth with just 11 holes beyond 300 metres (0.5% of holes drilled). Existing significant drill intersections supports vectoring to very compelling targets for Kincora’s ongoing phase 1 drilling program at three existing mineralised systems – Trundle Park, Mordiallic and Bayleys.  These systems have not been drilled since industry leading Induced Polarisation survey’s, including HPX’s proprietary Typhoon system, and magnetic modelling were completed.

The scientific and technical information in this news release was prepared in accordance with the standards of the Canadian Institute of Mining, Metallurgy and Petroleum and National Instrument 43-101 – Standards of Disclosure for Mineral Projects (“NI 43-101”) and was reviewed, verified and compiled by Kincora’s geological staff under the supervision of Peter Leaman (M.Sc. Mineral Exploration, FAusIMM), Senior Vice-President of Exploration of Kincora, and John Holliday (BSc Hons, BEc, member of the Australian Institute of Geoscientists), Non-Executive Director and Technical Committee Chairman, who are the Qualified Persons for the purpose of NI 43-101.

Kincora is an active junior and systematic explorer seeking to make a major discovery in Mongolia, the Lachlan Fold Belt in Australia and other prospective complementary jurisdictions.

Our technical team is credited with multiple discoveries of Tier 1 copper assets. In 3Q’19, Kincora made the strategic decision to opportunistically pursue entry into the Macquarie Arc, in Central West of NSW. This is Australia’s foremost porphyry belt, home to the giant Cadia, Northparkes mines and recent Boda discovery by Alkane Resources.

The Macquarie Arc is synergistic with Kincora’s core focus. It offers: the same scale of target (world-class); the same commodity mix (copper-gold or gold-copper); the same mineralized setting (porphyry and/or epithermal gold); supports a similar systematic exploration approach/exploration methods; and, is a region where the team has had significant exploration success.